Around 300 people – MPs, councillors, churches, interfaith organisations, voluntary organisations and other interested local people, as well as representatives of all synagogues in SW London – attended the annual Richmond civic service, this year via Zoom.

Philip Spencer, Emeritus Professor of Holocaust and Genocide Studies at Kingston University, set the scene with an analysis of the Holocaust and subsequent genocides. He urged people not to be bystanders, but act to defeat injustice.

The presentations also included the moving BBC video (available on the BBC News website) about Sister Denise Bergon, the Mother Superior who saved 83 Jewish children in her convent in occupied France. She  was honoured as a Righteous Amongst the Nations by Yad Vashem in Jerusalem. 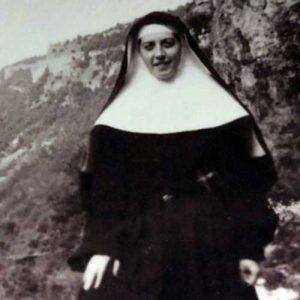 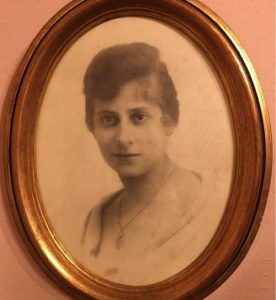 Ceclie Bach, mother of 12-year-old Helene Bach, who was one of the Jewish children saved by Sister Bergon.

Rahima Mahmut, UK Project Director of the World Uyghur Congress, movingly described the plight of the Uyghur people in China and expressed deep appreciation to the Jewish Community for the tremendous support.

Richmond Synagogue Rabbi Meir Shindler stressed that brotherhood should not lead to other-hood and difference should not result in indifference, asking every person to reflect on their attitude towards others.

The Mayor of Richmond also spoke about the abiding importance of Holocaust remembrance.

As Chair of Richmond Synagogue, I am gratified that our civic event in Richmond, this year via zoom, attracted large numbers across the borough from all backgrounds, religions and views. We sought to educate and inform and this year, our event achieved both.